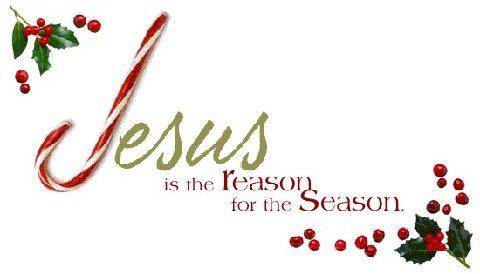 The Story
Mary, did you know?  Joseph, did you feel like a hero or did you feel all alone? Shepherds, did you wonder why you were chosen to see all the wonders that you saw?  Angels, were you glad God chose you to go to tell the shepherds the glad tidings of great joy? Mr. Inn Keeper, did you feel compassion for the young couple and wish you could make someone comp them their room? Animals, those of you who had to move over to make room for the baby to be born, did you wonder why this young couple invaded your space that night?
Jesus, did you know all even though you were just a tiny baby?  Did you for just a moment, second guess the way you had chosen to enter the world? As you smelled the smells, felt the chill of the night air, saw the darkness surrounding you, and heard the animals' cries did you think, "What have I gotten myself into?" Or did your mother's warm, gentle touch,  bring comfort to you the Comforter, and remind you this was the Father's plan?
The Christmas story has been told and retold for over 2000 years now. We have looked at all the characters involved in the story from evey  possible angle and wondered what they thought, how they felt,  and what it would have been like to be one of them.  There have been plays and songs and books written about each one.  Men and women of God reread the scriptures each year and seek a different sermon which will retell the Great Story once again.  Some hope to shed a new light on the night The Light of the World came to the world.   Some simply retell the story in all its awe and beauty over and over, for there has never been a more perfect story told. Truth is, all should focus on the fact that the story isn't just a story.
The story of the birth of Jesus Christ is not fiction, but fact that brings hope to all the world.
He is TRUTH.
This year may we each reread Luke 2 (see below) as if we are reading it for the very first time.  Clear your minds and realize anew and  afresh that the God of all creation chose to come to earth as He did to save you.  He did it for you! He left Heaven for you!
Perhaps instead of wondering how each individual character might have felt on that night, we should think how we ourselves feel today. Do we appreciate what He did for us, not just on Christmas, but every single day of the year?
God came to earth as man in a very humble way because He loves you enormously.
How much do you love Him?
After you read the story of Jesus, tell Jesus the story of how much you love Him.
He will love to hear it.
Merry Christmas to each of you.
May we each draw nearer to our Savior than ever before and love Him more than we have ever loved Him before.

1 And it came to pass in those days, that there went out a decree from Caesar Augustus, that all the world should be taxed. 2 (And this taxing was first made when Cyrenius was governor of Syria.) 3 And all went to be taxed, every one into his own city. 4 And Joseph also went up from Galilee, out of the city of Nazareth, into Judaea, unto the city of David, which is called Bethlehem; (because he was of the house and lineage of David:) 5 To be taxed with Mary his espoused wife, being great with child. 6 And so it was, that, while they were there, the days were accomplished that she should be delivered. 7 And she brought forth her firstborn son, and wrapped him in swaddling clothes, and laid him in a manger; because there was no room for them in the inn.

8 And there were in the same country shepherds abiding in the field, keeping watch  over their flock by night. 9 And, lo, the angel of the Lord came upon them, and the glory of the Lord shone round about them: and they were sore afraid. 10 And the angel said unto them, Fear not: for, behold, I bring you good tidings of great joy, which shall be to all people. 11 For unto you is born this day in the city of David a Saviour, which is Christ the Lord. 12 And this shall be a sign unto you; Ye shall find the babe wrapped in swaddling clothes, lying in a manger. 13 And suddenly there was with the angel a multitude of the heavenly host praising God, and saying, 14 Glory to God in the highest, and on earth peace, good will toward men. 15 And it came to pass, as the angels were gone away from them into heaven, the shepherds F9 said one to another, Let us now go even unto Bethlehem, and see this thing which is come to pass, which the Lord hath made known unto us. 16 And they came with haste, and found Mary, and Joseph, and the babe lying in a manger. 17 And when they had seen it, they made known abroad the saying which was told them concerning this child. 18 And all they that heard it wondered at those things which were told them by the shepherds. 19 But Mary kept all these things, and pondered them in her heart. 20 And the shepherds returned, glorifying and praising God for all the things that they had heard and seen, as it was told unto them