Monday I had the privilege to travel to traffic court in Memphis, TN.  I learned a lot of things I didn't know before I went. For instance, to get to where you need to be at the Shelby County Justice  Center you must first stand in at least four lines at four different information windows.  This is a requirement.  Also, you must remember to never step out of a line because you think it isn't the line you need to be in.  Five times out of ten it is the line you need to be in and you will end up back in it sooner or later.  I also learned people who work at information windows don't always give a whole lot of information. The people who are standing in the lines with you are usually more informed than those who are paid to inform.

While waiting our turn for three hours in line after line,  my son and I finally were privileged to sit in some very hard metal chairs that actually felt pretty comfortable at that point in the day.  While sitting waiting to be called to get in the mainline which would finally lead to the Division 2 Court Room (our desired destination) I had plenty of time to pass the time observing people who waited along with us.  Each person seemed to have their own unique way of passing the time until they too reached "the line."  Some talked to people sitting beside them, some texted, some listened to iPods, some complained to themselves.  A couple painted their nails, some ate a snack they had brought for the journey,  some read the tickets they held in their hands over and over as if they were hoping they would disappear (the ticket that is and perhaps themselves as well.) And there were a few who sat quietly and read books.

A  young man neatly dressed sitting right beside us was reading "Think and Grow Rich."  A young mother  across the way was reading "What the Bible Says." There was an older man on the next section of chairs with a backpack full of snacks reading a Harlequin Romance, "The Best Laid Plans." I immediately began to tie all the titles together in my mind and think of what I was going to write about this day and these books.  To say the least these thoughts helped me pass the time until we were finally called about two hours later.  Now I write my final assessment of these three titles and those who read the pages of the books that the three titles were printed on.

The book I thought about first was "What the Bible Says."  Why did this lady not just have a Bible with her reading it to find what it says?   "Think and Grow Rich" is a great thought, but usually a little action has to be added to thoughts before they can make us grow rich. Also if this guy could follow a book, think, and grow rich, he would most likely not have been in traffic court to fight a ticket, he would have just paid it.   And I believe the man reading "The Best Laid Plans" was a planner who brought snacks with him because he probably knew his best-laid plans to get here early and out of this courthouse by lunchtime were not likely happening today.

Ah, so it is with all of us, isn't it?  Plans are no guarantee things will go as planned. No matter how much we would all love to be rich and grow that way by just thinking the thought, it isn't that easy. And as many Bibles that are available to everyone in this country, many will never pick up the Word to see what it has to say. They will simply believe what they have heard or read what someone else said it said; when every Word in the Word has the power to change us and cause us to live by God's plans instead of our own.  No, there is no guarantee we will be rich, but we are guaranteed to be blessed when we think on the Lord and follow after His ways.  We will grow in Him as we learn to wait patiently on Him every single day of our lives no matter how uncomfortable the place we may find ourselves sitting.

This week get your Word out.  Read it.  Learn it. Hide it in your heart.  God's Word will carry you farther than you can imagine,  so much farther than you could ever travel on your own. It has all the information you need to get you to your desired destination.  May we all be standing in the line we need to be in one day waiting for our names to be called to enter into the presence of the Lord to be with Him forevermore.

His lord said unto him, Well done, good and faithful servant; thou hast been faithful over a few things, I will make thee ruler over many things: enter thou into the joy of thy lord Matthew 25:23 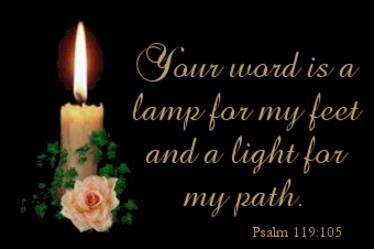